Companies spend lots of money on security especially tech companies where privacy is of utmost importance. They employ several communications security strategy and cryptographic protocols to prevent such from happening. One such method on the web for proofing against these attack is Transport Level Security (TLS).

What is TLS - An Overview

Transport Level Security (TLS) is a cryptographic protocol that provides communications security over a computer network. It does this by enforcing privacy and data integrity between two communicating applications on a computer network. In other to facilitate this, TLS makes use of two types of encryption algorithms and they are asymmetric and symmetric key encryption algorithms. 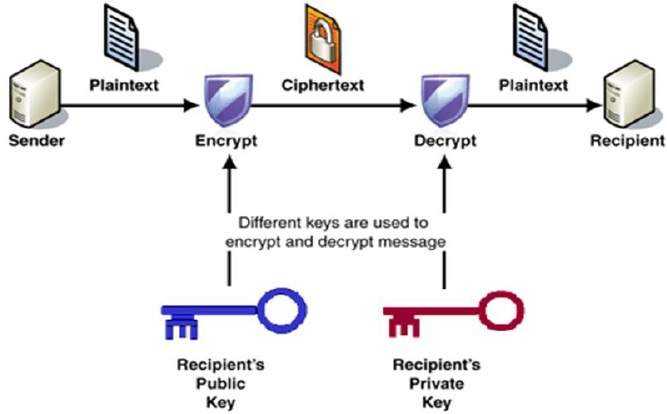 In symmetric key encryption, the client and server maintains a shared secret key between them called the symmetric session key which is used both for encryption and decryption. To send a message, the client encrypts the message with this key and upon reaching the server, the same key is used for decryption.

Transport Layer Security (TLS), as described above, is normally used to encrypt the TCP container that contains the HTTP or SMTP container (application layer data) of the web service request and response. TLS is effective with web services if the transfer of messages is between two parties only. In scenarios where several intermediate nodes need to access different parts of the content of the same HTTP or SMTP container, however, TLS becomes ineffective and the need arises for a message level security mechanism at the application layer.

When you request a website over HTTPS for example https://www.amazon.com your machine will be issued a valid certificate. Your machine then makes the effort to check that it is countersigned by a trusted entity, has a valid signature and that the certificate is not expired or revoked. With SSL interception, an attacker tricks the CA into thinking that are an employee of Amazon so that they can be issued a certificate. This rogue certificate is equivalent to the original one issued by Amazon, and can be used by the attacker to redirect traffic and establish a separate SSL-encrypted connection to the hackers own website. You (the customer) still see a lock icon on your browser since the traffic is encrypted using the right certificate but the attacker still sits in the middle tampering with your traffic. Your web browser won’t complain sinces this certificate is also in your trusted root CA list.

There are other techniques attackers use to get rogue certificates the above is just one of them. Some common techniques is shown in the below picture 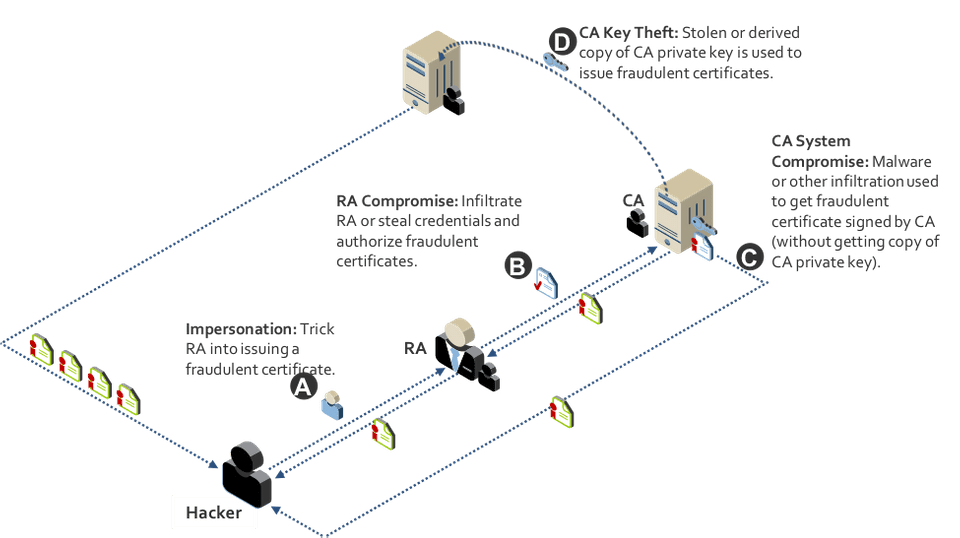 Message security differs from transport security by encapsulating the security credentials and claims with every message along with any message protection (signing or encryption). Applying the security directly to the message by modifying its content allows the secured message to be self-containing with respect to the security aspects. This enables some scenarios that are not possible when transport security is used. Message level security fits in situation where there are one or more intermediate systems through which message is routed.

In SOAP specifications, message level security uses the WS-Security specification to secure messages. This specification provides enhancements to SOAP messaging to ensure integrity, confidentiality and authentication at the SOAP message level (instead of the transport level). This is facilitated with the help of XML signatures and XML encryption. In XML encryption, the entire XML is encrypted including the individual XML tags and each individual tag is encrypted separately with different keys. Encrypting the various part of an XML or JSON document with different keys is what we refer to as message level encryption.

Although they have been many attempts to implement Message Level Security in REST architectures, but there is no one standard. Some people use JWT signatures some use HTTP headers, others rely on third party service like Virgil Security or the amazon encryption sdk.

A layman explanation of TLS and Message Level Security

Please watch this video I made that clearly explains TLS and message level security in layman terms.